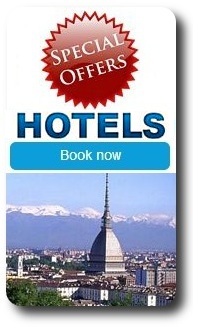 To find and book a hotel in Turin suitable for your needs, on the occasion of the Exhibition of the Shroud 2015, is very easy. Torino-Weekend.com in partnership with Booking.com, the leader in online hotels booking around the world, gives you the opportunity to choose from among dozens of hotels located in the historical centre of Turin or near the railway stations of Porta Susa and Porta Nuova.

Using the searching hotels box of Booking.com present in this page, you will have a wide choice of offers to stay in Turin, cheap and selected hotels, ensuring you always the "Best Guaranteed Price".

You can enter the dates of your stay in Turin on the occasion of the Exhibition of the Shroud 2015 and immediately check the availability of the rooms of all hotels offered, taking advantage of the best deals on the market right now. Booking a hotels in Turin online through Booking.com will not required to advance any deposit. You will pay the full amount of your stay directly at the reception.

The visit to the Holy Shroud of Turin is free of charge. The Exposition begins on April 19th 2015 and ends on June 24th 2015. Booking online requires a few minutes and a valid e-mail address is necessary, you have also to give a valid phone number in the given space of the personal references. The booking can be made for single or group visits. You can make a reservation online at the official website: www.sindone.org. For any eventuality please contact the telephone number +39.011.5295550 or send an email to gestpre2015@sindone.org. 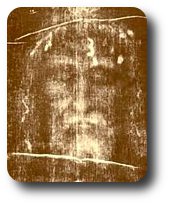 History of the Holy Shroud of Turin

On 20 June 1353, Geoffrey de Charny donated the Holy Shroud to the canons of the collegiate chapter of Lirey, which he himself had founded. The Holy Shroud was exhibited to the public for the first time in 1357. In 1415, Margaret de Charny, a descendant of Godfrey, took back the cloth and sold it in 1453 to the dukes of Savoy, who kept it in the French town of Chambery, where, unfortunately, a fire in 1532 damaged several parts of it. In 1578 it was taken to Turin, where in the meantime the Savoy dynasty had moved its capital, and it has remained there until the present day, except for brief episodes. There have only been four exhibitions of the Holy Shroud in Turin over the past 35 years: in 1978, 1998 and 2000 on the occasion of the Jubilee, as in 2010, so the 2015 exhibition is a not to be missed event for everybody.


The Museum of the Holy Shroud in Turin (Italy)

We would like to remind pilgrims who will travel to Turin for the Exposition of the Holy Shroud that not far from the Duomo (cathedral), in 28, Via San Domenico (about 10 minutes' walk), they will find the Museum of the Holy Shroud that preserves all the documents and illustrates the history of scientific research that began over a century ago, in 1898, which has since been continued by researchers with different types of expertise, who have tried to decipher the shroud and its image, in order to try to unravel its mysteries. The visit to the Museum can be made with the aid of audio guides in five languages (Italian, English, German, French and Spanish). The museum can also be visited by blind people. The visiting hours of the Museum of the Shroud of Turin: every day, from 9 am to 12 pm and from 3 pm to 7 pm (last admission 1 hour before closing). Booking in advance is recommended for groups. Information: tel. +39.011.4365832 - email: museo@sindone.org.

Uselful imformation for to visit the main museums of Turin

Turin and its hinterland have a deep religious tradition; many of the city's churches are true works of art, such as the Gran Madre di Dio (Great Mother of God), San Lorenzo (St. Lawrence), San Filippo Neri (St. Philip Neri) and twin churches of Santa Cristina and San Carlo. The 2015 Exhibition of the Holy Shroud may be the perfect opportunity to learn about all the holy places in Turin and visit the historical centre, the main museums, and discover all the architectural and cultural beauties that the city is able to offer tourists.

Tourist route in the center of turin

Since the Middle Ages, Piedmont has been on a route on the way to Rome, the centre of Christianity. The street Via Francigena crosses the Province of Turin with two routes that are full of monasteries, abbeys and churches that pilgrims used as intermediate stops during their long journey. We would like to inform you among the major religious sites located in the vicinity of Turin that can be visited during the 2015 Exposition of the Holy Shroud is the Sacra of San Michele, the Novalesa Abbey in the Susa Valley, the Abbey of St. Anthony in Ranverso, the Certosa of Montebenedetto and the Sacro Monte shrine in Belmonte, located in the Canavese area, which in 2003 was declared to be a World Heritage Site by UNESCO.


Colle of Don Bosco and other religious sites in Piedmont 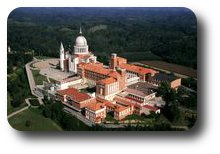 Outside the boundaries of the Province of Turin, in Castelnuovo Don Bosco (Asti ) lies the shrine dedicated to St. John Bosco, which the 2015 Exhibition of the Holy Shroud of Turin will be dedicated to. In the Becchi area (now known as the Colle Don Bosco), you can visit the birthplace of the saint, the Maria Ausiliatrice Church, the Farmers' Museum and the Missionary Museum. Around the great shrine, which includes the Upper Church and the Lower Church, there are a whole series of buildings: colleges, schools, laboratories and sports and leisure facilities for the many young people who wish to pursue artisan and technical careers.

The Shrine of Don Bosco, which is an important place of pilgrimage in Piedmont, lies about 35 km from Turin and is easily accessible by car (by going towards Asti, then Buttigliera di Asti and thus arriving in Colle Don Bosco), as well as by Turin public transport to Corso San Maurizio, where the terminal of the Vigo bus for Castelnuovo Don Bosco is located. For more information: tel. +39.011.856545 - email: info@vigobus.it - website: vigobus.it.